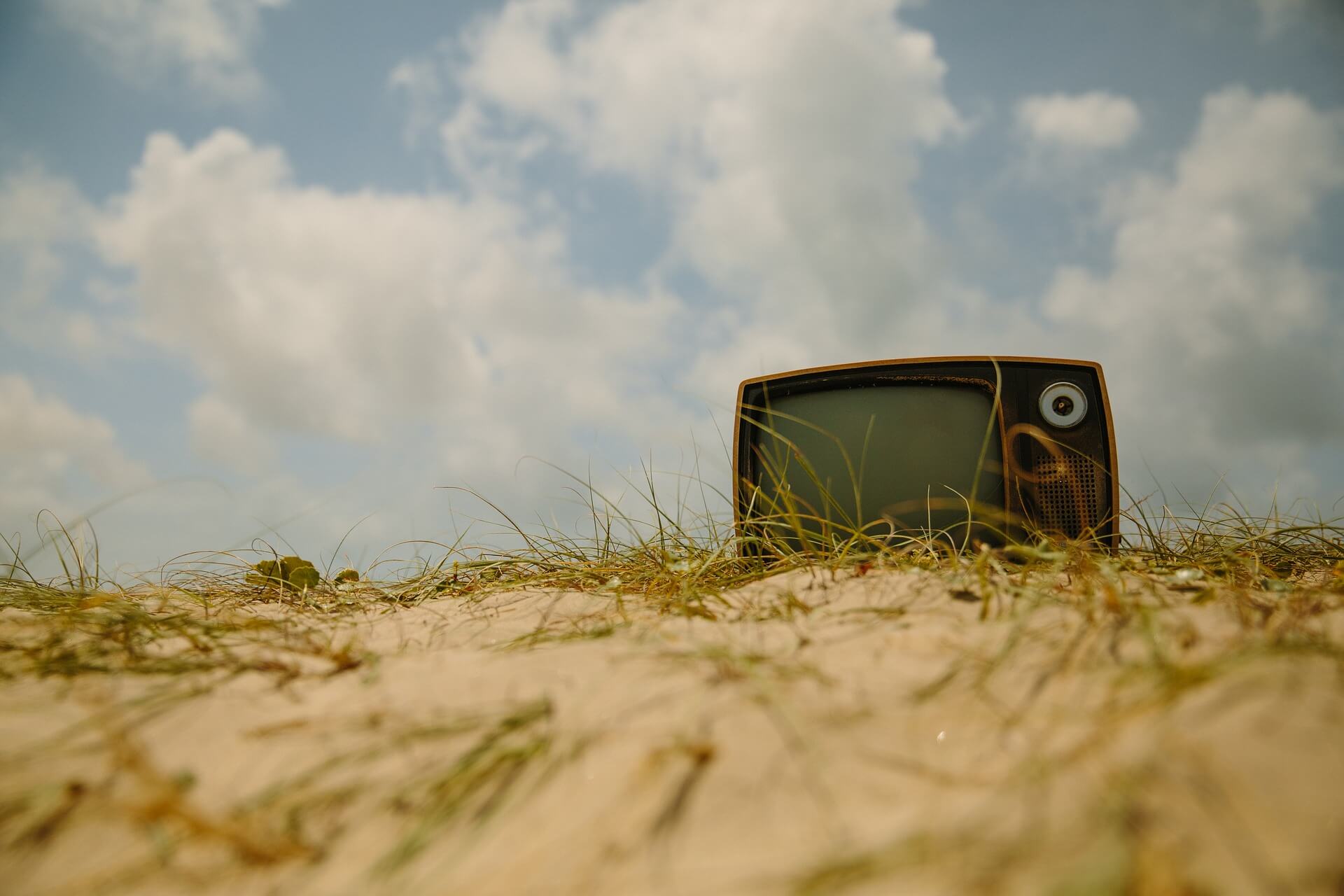 Animated films are one of the most exported film genres, and the one that is experiencing the greatest success worldwide. When the film industry wants to introduce a new product to the global market, production studios have to consider more than just dialog translation. They have to adapt their products to the target market to be able to achieve success. That is why we can find examples of localization portrayed in animated films, pertaining mainly to two key points, explained below.

An important point to take into account is the estimated age of animated films’ target audience. Most of the viewers are quite young. This means that not all of them can read, and, most importantly, not all of them understand or speak a foreign language, such as English. That is a key point for producers, as they will have to adapt text,not only in dialogs, but also on images.

For example, in the movie Up!, a sticker reading “Paradise Falls” that appears  on a jar in the US version was replaced by a simple drawing of a waterfall in the international version. 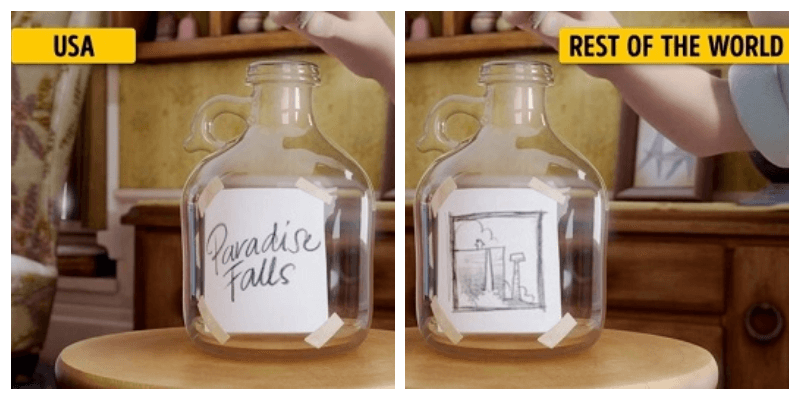 The same process was used in Monster Academy: 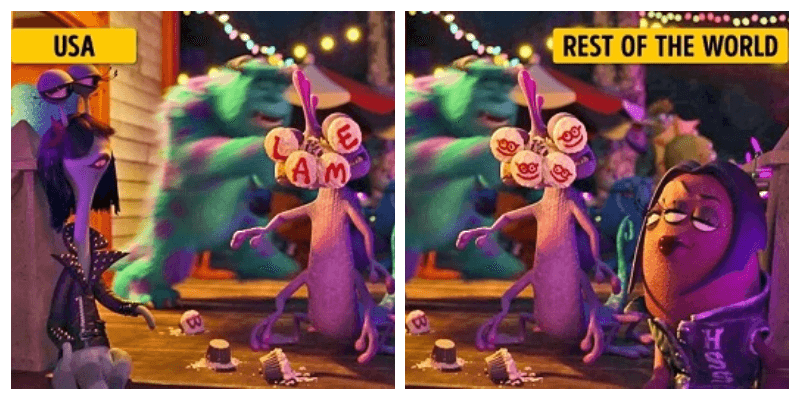 As the joke with the letters in the US version would not be understandable by everyone in the rest of the world, they chose to transform the letters spelling “LAME” into smiley faces for the international version.

Watching animated films does not require in-depth knowledge of cultural references, as the target audience is mostly children. On the contrary, animated films are often considered an essential element of children’s cultural foundations. However, some details and aspects of a movie can only be understood by a very young audience if they are completely clear, without running the risk of misunderstandings. For this reason, it is important for the films to be localized, taking into account the culture of the target country.

For example in the movie Inside Out, one of the scenes shows a hockey game in the US and Canadian versions. This game was chosen because of its popularity in those countries. But in Europe, for instance, hockey is not as popular, which is why producers decided to instead show a soccer match in the international version.

Another example for cultural adaptation can be found in Zootopia. A news news anchor appearing in several scenes was modified in different local versions, so that the chosen animal would be representative of the country where the movie was released. That is why North America saw a moose, Australia and New Zealand, a koala, and China, a panda. 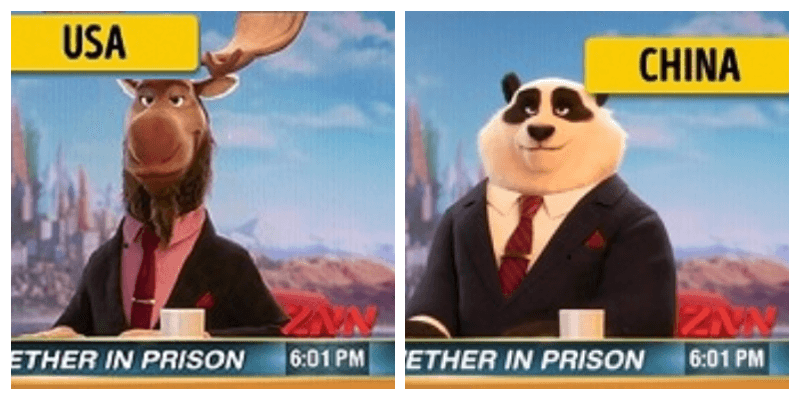 The localization process for animated films is very different from that of other usual products, such as websites and video games. The key point is to never forget that the target audience is not adults, but children, and that the humor, cultural references and images must remain clearly understandable for such young viewers.