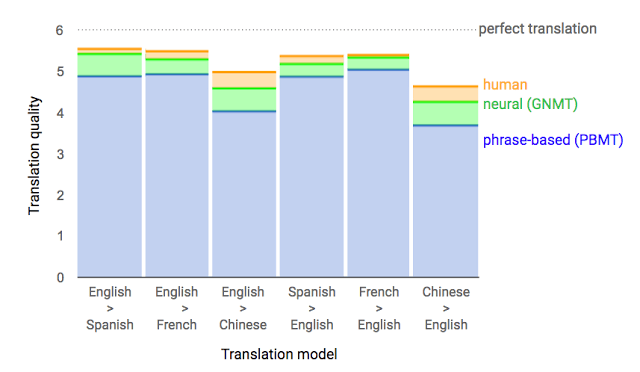 The year 2017 looks promising for the translation and localization industries.  The recent advances in Neural Machine Translation (NMT) have been a popular topic over the past year.

Neural networks are quite successful at grasping the context of sentences before their translation, thus improving the natural, human, sound of the outcome and the overall quality of the final translation.

Facebook is also using neural networks to improve the automatic translation of news feed posts and to master informal forms of language used in casual conversation. Alan Packer, director of engineering for Facebook’s language technology team said, “neural networks may also be better at learning how to translate idioms and metaphors into their equivalents in other languages.”

What do Google, Microsoft, and Facebook have in common?

They all have access to huge amounts of stored data with which they train language-processing software. These companies are looking to perfect machine translation within their systems in order to provide better translations to their customers.

Language service companies are also offering machine translation technology services such KantanMT. KantanMT recently announced the KantanNeural™ engines, part of their KantanFleet™ pre-built machine translation engines, which can be accessed directly by customers on the KantanMT platform. They will be able to create their own Custom Neural Machine Translation engines to translate entire documents in any of the language pairs supported by KantanMT.

Neural machine translation promises to be a great success in the years to come. We will keep you posted about the new developments in the latest trends in translation and localization. In the meantime, follow us on Facebook, Twitter, and LinkedIn for more!